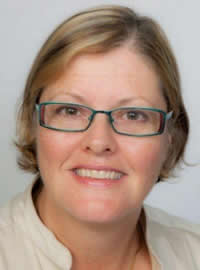 Dr. Barbara Woodhouse graduated in dentistry from the University of Queensland in 1978 and worked for Queensland Health and in private practice – both in rural Queensland and in Brisbane – before deciding to specialise in oral and maxillofacial surgery.  After completing a Fellowship with the Royal Australasian College of Dental Surgeons, she returned to the University of Queensland to teach and to complete a Masters degree in oral and maxillofacial surgery in combination with a four-year surgical training program, initially at the Royal Brisbane Hospital.  To broaden her experience, Dr. Woodhouse completed her final year in a world class training facility in the United Kingdom and was admitted to Fellowship of the Royal College of Surgeons in Ireland.

She was awarded a traveling Fellowship to Europe in recognition of the work she undertook in England. On her return to Australia, Dr. Woodhouse commenced private practice in Oral and Maxillofacial Surgery.  At the same time she completed a medical degree through the University of Queensland and was awarded a specialist Fellowship in Oral and Maxillofacial Surgery.

She was appointed as a consultant at the Royal Brisbane Hospital from 1994 to 2009, where she pioneered several techniques not previously performed by oral and maxillofacial surgeons in Queensland. She has also served as Lieutenant Colonel Consultant to the Australian Army, and has served on the national board of examiners for doctors applying for specialist registration in Oral and Maxillofacial Surgery. She is a frequently invited speaker to medical and dental groups both in Australia and overseas.

Dr. Woodhouse frequently travels overseas to extend her skills and training and is the chair of Operation Interface, (an NGO affiliated with the International Association of Oral & Maxillofacial Surgeons) which supervises the supply of surgical expertise to Bangladesh, Cambodia Fiji, Tonga, PNG, Vietnam and Vanuatu and initiates and supports training programs for local surgeons in these areas

Dr. Woodhouse practices all aspects of oral and maxillofacial surgery but has a special interest in the correction of facial deformities.

Interests:
In her spare time Barbara enjoys cycling, underwater photography, traveling, and spending time with her husband, family, and friends.